Natural area and botanical garden for public education and enjoyment. Schuyler has been the soapstone capital of the world since 1880’s. Six quarries under these gardens were worked from 1950s to 1970s, then used as dump-sites, and finally abandoned to grow wild. Now the gardens around these quarries include 40 acres of habitat and plant communities in various eco-zones with more than 600 species of plants and animals found on site, 2 miles of walking trail, native plant galleries, demonstration garden, and visitor center exhibits.

Montebello Fish Hatchery hosts numerous visitors and school group tours throughout the year. In addition to trout, there is a nature trail and pollinator plots located on the property. Spy Rock, a scenic view off of the Appalachian Trail and and Crabtree Falls, another popular hiking destination, are nearby.

The highest vertical-drop cascading waterfall east of the Mississippi – a series of 5 major cascades and a number of smaller ones that fall a total distance of 1,200 feet. The first overlook is handicapped accessible and just 700 feet from the parking lot off route 56. The more adventurous hiker may continue to other overlooks, about 2 ½ miles to the top at Crabtree Meadows, where the trail ends and connects to the Appalachian Trail. 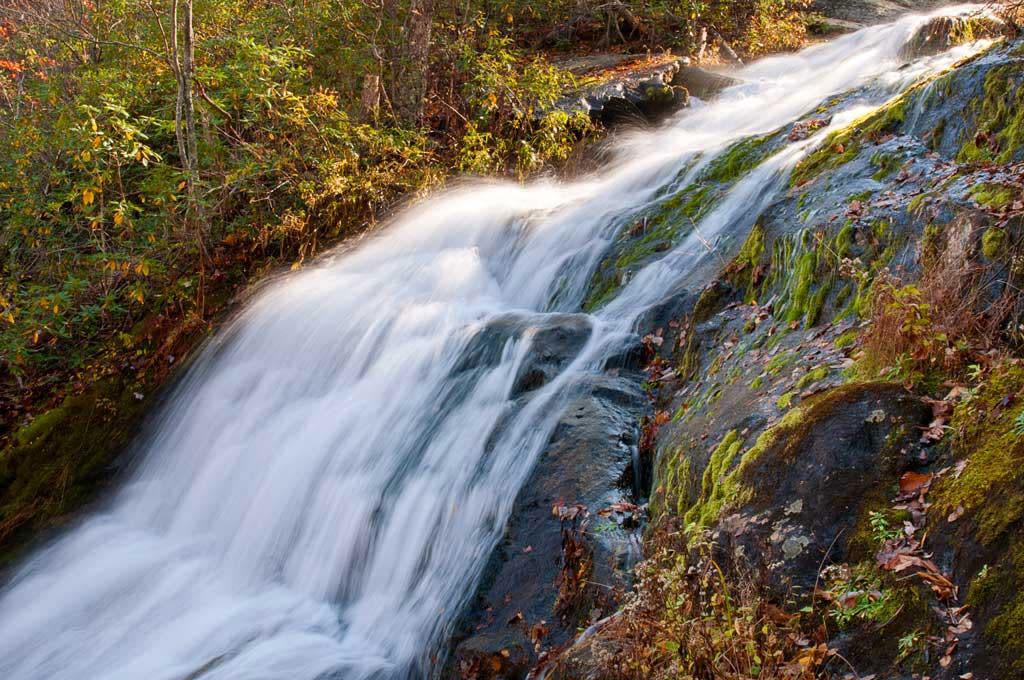 The house was built in the early 1900s as a company house for the large soapstone company in Schuyler. From 1929 until 1940, the house was the boyhood home of Earl Hamner, Jr., novelist and scriptwriter and creator of the well-known television series, “The Waltons”. Many of the writings of Earl Hamner were based on life in the house, village and surrounding area. It is a white frame house with a soapstone foundation, a common feature of company homes in the village. The Hamners bought the house in 1936 from the company and it remained in the family until 2003. The present owner has restored the house and placed it on the National Register of Historic Places and the Virginia Landmarks Register.

The Walton’s Mountain Museum showcases the television show of the 1960s, “The Waltons”. Earl Hamner, Jr., creator of The Walton’s, grew up in Schuyler and many of the scripts were based on life as a boy in Schuyler, VA. The museum displays replicas of rooms on the TV show, such as John-Boy’s Bedroom, Ike Godsey’s Store, the kitchen and living room. A 30-minute video featuring Earl Hamner, Jr. and the stars of “The Waltons”, hundreds of photographs and pieces of memorabilia, and a gift shop are in the museum.

The museum is open daily except during the winter months. Check the museum website site for opening date and times of operation.